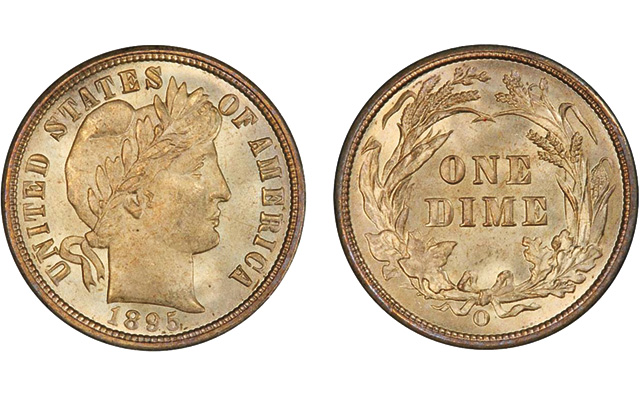 Simpson’s example previously sold in 2005 for $41,400 to Legend and was placed directly into the Law Collection, according to the catalog.

At Heritage’s June 23, 2014, auction of the Gene Gardner Collection another example in PCGS MS-65 with a green Certified Acceptance Corp. sticker showing quality within the grade sold for $28,200. With that as a reference, the $44,650 that Simpson’s example brought seems reasonable considering the fact that it’s a well-known key date.

Legend adds, “You rarely see 1895-Os as satiny and lustrous as this, which leads us to believe that this coin has been well protected from the day it left the Mint.”