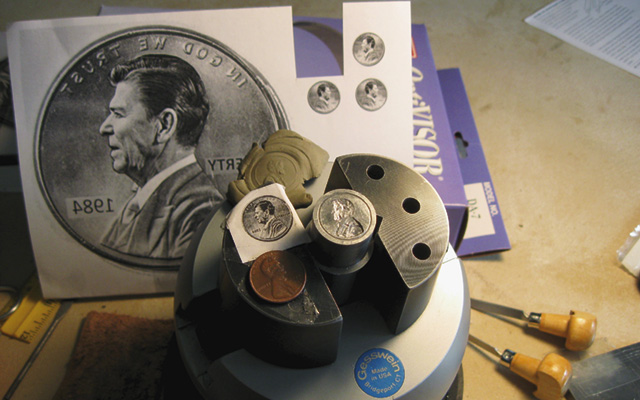 The artist’s work station at the ANA Summer Seminar with the die in progress. 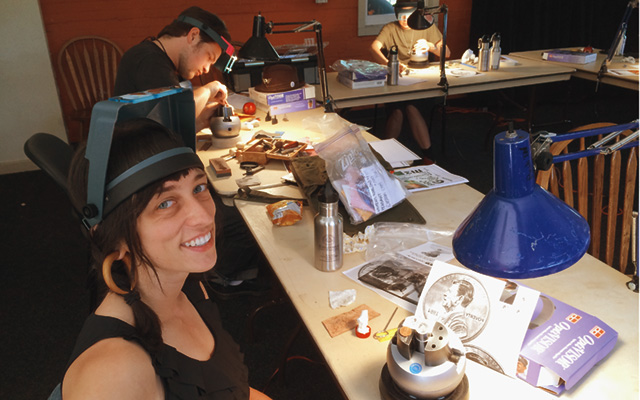 Artist Liz Ensz at her work station at the ANA Summer Seminar. 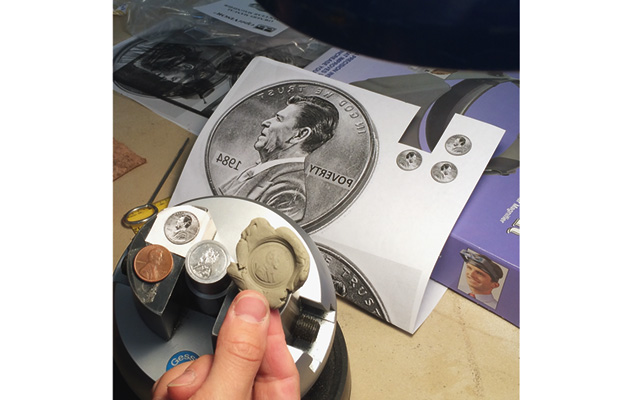 The artist works from an image that is backwards, representing how she must engrave it in the die. An impression of the work in progress is shown. 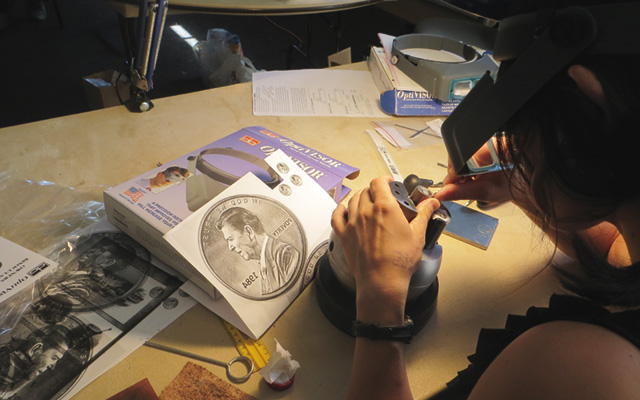 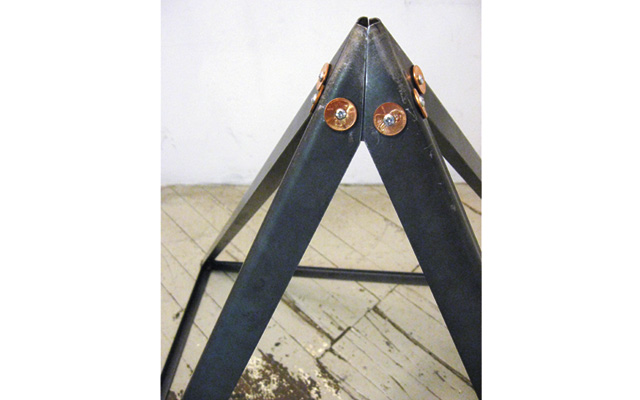 In exploring the role and value of the Lincoln cent, Ensz uses it in unusual places, such as this in-progress steel sculpture that includes the cent used as a washer. 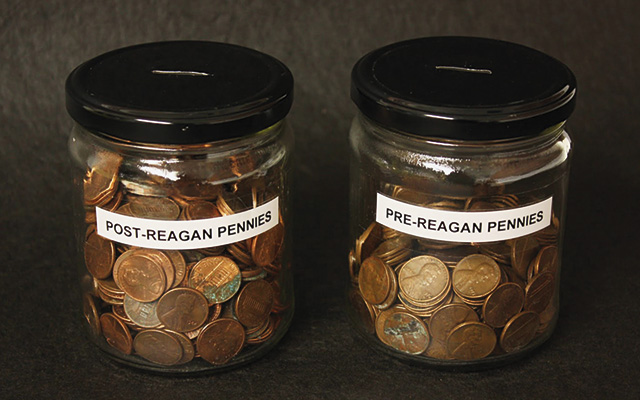 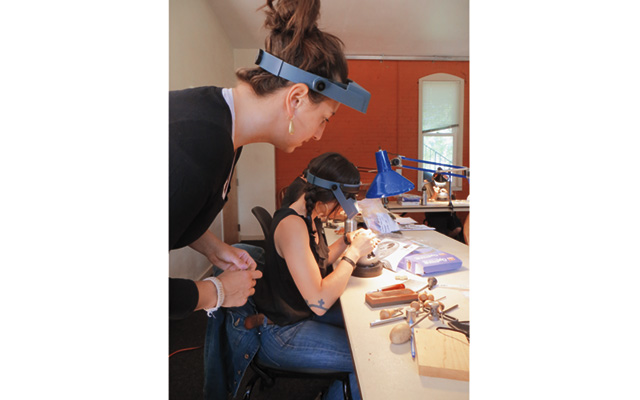 Each summer at the American Numismatic Association Summer Seminar in Colorado Springs, Colo., the Gilroy Roberts Foundation sponsors a one-week class titled “The Art of Engraving.”

The one-week class is held for two consecutive years. One year the projects are plaster based, and the following year the class emphasizes steel engraving.

Students who take the class both years learn how to design a coin, medal and token as well as the mechanics and techniques of engraving and die production, resulting in the production of a token or medal.

One student who participated this year is Liz Ensz, a Chicago-based artist who was working on an intriguing project: a Ronald Reagan cent.

To change the figure on the cent from Abraham Lincoln to Reagan would take a change in laws, but artists don’t have to work with such limitations.

The cent as a canvas

Ensz characterizes herself as coming from “a resourceful family of penny-savers, metal scrappers, and curators of cast-offs.” In her proposal for her “Reagan Penny” she writes on the disposable nature of the cent today, “People often forget that they are legal tender, sweep them out of dusty corners and either throw them away with the trash or gather them in jars to cash in for higher units of currency.”

Her connection with the lowest denomination is more personal. She says: “As a child that grew up poor in the 1980’s, I have crisp memories of lugging full pockets of pennies to the corner store to buy candy. My mom and I would walk every morning around the parking lots of our massive apartment complex on the way to the bus stop, picking up pennies that people had dropped as they got out of their cars. It was a fun game for a kid.”

More than an item of commerce, Ensz sees the cent as a canvas full of potential, “a plentiful raw material that, with minimal labor, can be granted utility in many ways: as a mounting bracket for flags, a rear-view bike mirror, as washers and shims, and more.”

A political and artistic statement

By replacing Abraham Lincoln’s portrait with Ronald Reagan’s on her proposed cent, Ensz is making a political statement as well as an artistic one. The Lincoln cent’s composition changed in 1982 from 95 percent copper to 97.5 percent zinc during Reagan’s presidency, reflecting changing metal costs. Although at a casual glance the two different compositions had a similar appearance, because the mostly zinc cents are plated with pure copper, the cents were inherently different.

Ensz sees the change in the cent’s material as representative of something deeper. She writes: “I see this move in odd synchronicity to Reagan’s spending cuts to social programs and incentives for big business. The idea of the penny remained in fact, as did the promise of the American Dream, and the Reagan era of conservative social and economic change left the poor with a great deal of patriotism, but not much substance in their pockets.”

In shifting the portrait from Lincoln to Reagan, the artist challenges viewers to consider the shifts of economic and social values in the United States during Reagan’s presidency. The reverse has an image of a sunrise with radiant beams of light, and the text MORNING IN AMERICA, which was a slogan from Reagan’s 1984 re-election Presidential campaign.

The use of rays and the sun has a long history in American numismatics, best utilized during the American coinage renaissance through Augustus Saint-Gaudens’ $20 double eagle of 1907 to 1933, which uses rays of the sun on the obverse and reverse. Rays also emanate from the sun on the obverse of Adolph Weinman’s Walking Liberty half dollar of 1916 to 1947.

The Reagan cent ties into more economic and practical concerns. The cent costs many multiples of its face value to produce today and it’s considered lowly. The cent is not widely accepted in vending machines and, but for tradition, there seems little reason to keep the cent. Ensz concludes, “With my Reagan Penny, I hope to stir up partisan positions on the value of an individual, the class issues surrounding Ronald Reagan’s presidency, and the penny itself.”