What is the American Numismatic Association? 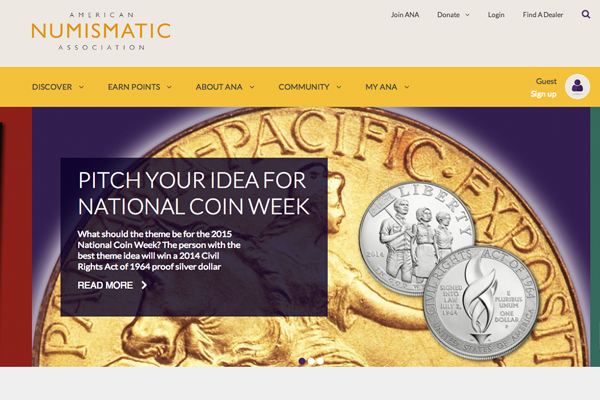 The American Numismatic Association has 25,500 members and it can be found online at www.money.org.

The American Numismatic Association, or ANA for short, is a nonprofit educational organization based in Colorado Springs, Colo., that, according to its website, is “dedicated to educating and encouraging people to study and collect money and related items.”

The ANA helps all people discover and explore the world of money through its vast array of programs including its education and outreach, museum, library, publications, conventions and seminars.

The organization was founded in 1891. It has since become "the largest nonprofit numismatic organization of its kind in the world,” the ANA’s history page reads.

Among the benefits of ANA membership is the ability to submit coins to Numismatic Guaranty Corp. and paper currency to Paper Money Guaranty for grading, along with access to the organization’s dealer directory and free admission to ANA shows.

The ANA operates the Edward C. Rochette Money Museum at the Colorado Springs headquarters, where the annual Summer Seminar takes place each June and July.

"Today, ANA headquarters houses the largest circulating numismatic library in the world,” the history page reads. "Books, educational slide programs and instructional videotapes are loaned to members without charge other than postage and insurance. Also on the premises is a museum that includes extensive and ever-growing collections of coins, medals, tokens and paper money. Members may study the items on display and, by prearrangement, can use other museum materials for research purposes."

Each summer the ANA puts on the World’s Fair of Money coin show.

The ANA publishes a monthly magazine called The Numismatist.