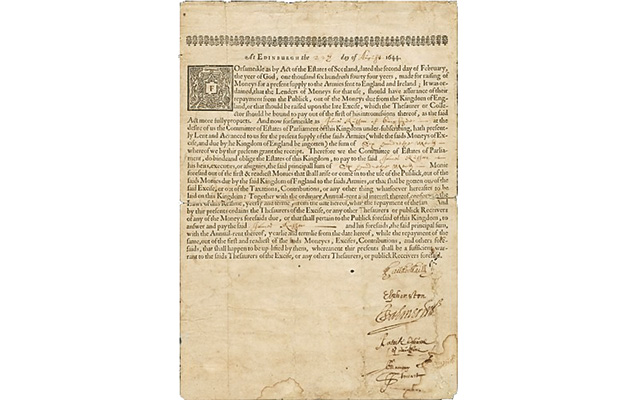 The certificate, one of only two known existing, was used to raise money for Scottish troops drawn from Scottish Covenanters to invade England. The covenanters joined with Oliver Cromwell’s forces to help defeat King Charles I.

The concept of “forced loans” to raise money was common for both sides during the English Civil War, according to the catalog description. “The Scottish Covenanters struck a deal exchanging military support for the introduction in England of Presbyterianism. This did not happen and eventually Cromwell successfully invaded Scotland to scotch the Covenanters, who in turn later were the first to ‘crown’ Charles II. Scotland was forced into a union with the Commonwealth.”