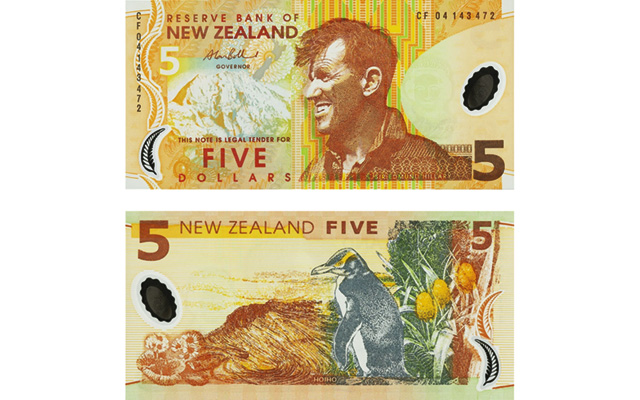 The designs on the face and back of currently circulating New Zealand paper money will continue to be used in the upgraded series of notes to begin circulating in late 2015. This currency circulating $5 New Zealand ntoe features a portrait of Sir Edmund Hillary on the face with a hoiho yellow-eyed penguin on the back.

A Reserve Bank of New Zealand publication about the note design process is free to download from the bank’s Brighter Money website.

The publication takes collectors through the design process for the nation’s upgraded (though as yet unreleased) series of notes, including “the often intricate challenges of ensuring that the banknotes meet a variety of aesthetic, cultural and functional requirements.”

The requirements include “security measures to prevent counterfeiting and compatibility with banknote processing equipment, such as ATMs,” according to a bank news release.