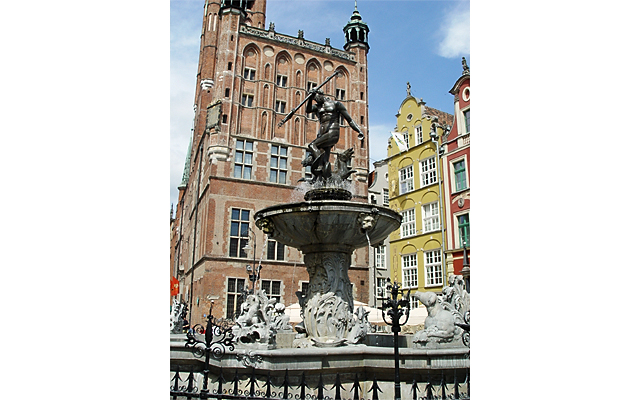 A statue of Neptune, located in the city of Gdansk for some 400 years, is the basis for the reverse design on the Free City of Danzig’s gold 25-gulden coins. 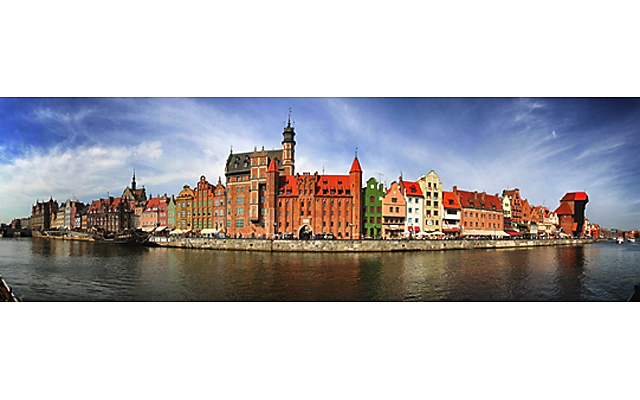 The northern coastal Polish city of Gdansk, once known as the Free City of Danzig, is located on the Baltic Sea. 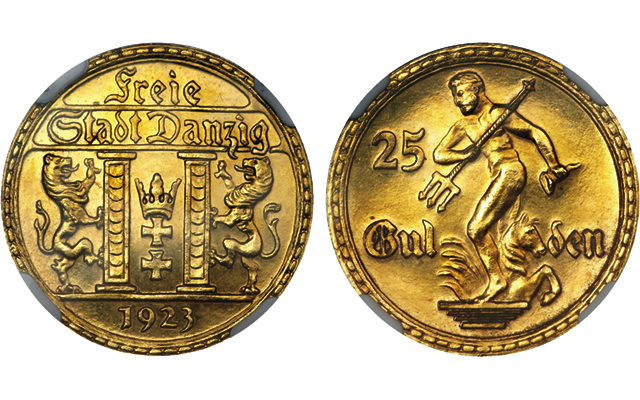 A Baltic Sea coastal town was a world caught between war, neither Polish nor German.

The Frei Stadt of Danzig, or Free City of Danzig, existed under League of Nations protection between World War I and World War II, from 1920 to 1939, until Nazi occupiers seized control.

The population was mostly German, but the city was administratively tied to Poland, giving the nation critical port access. The semi-autonomous city-state included some 200 towns and settlements around the city.

Between the two wars, Danzig issued a series of coins featuring imagery important to the city. The limited number of issues, the unique nature of the issuer and the availability of several one-year type coins all make this series popular with collectors.

The 25-gulden denomination is the highest the Free City of Danzig issued.

Though German coinage was apparently used for the first several years of Danzig’s existence, and a token coinage appeared in 1920, a complete series of coins with a new currency system debuted in 1923. The coinage system established 100 pfennig equal to one gulden.

Only 200 Proof examples of the 25-gulden coin were issued in 1923, from an issued mintage of 1,000 pieces in that denomination that year.

The obverse of the 25-gulden coin shows the Danzig coat of arms. The Roman god of the sea, Neptune, holding his trident, appears on the reverse, with a partial image of a horse. The reverse design is taken from a 400-year-old statue of Neptune in the city. Given the port’s critical role, Danzig’s monument to Neptune and its appearance on Danzig’s coins make perfect sense.

After World War II, Danzig was added to the territory of Poland, and the town was renamed Gdansk. The free city’s legacy is kept alive through its numismatic heritage.