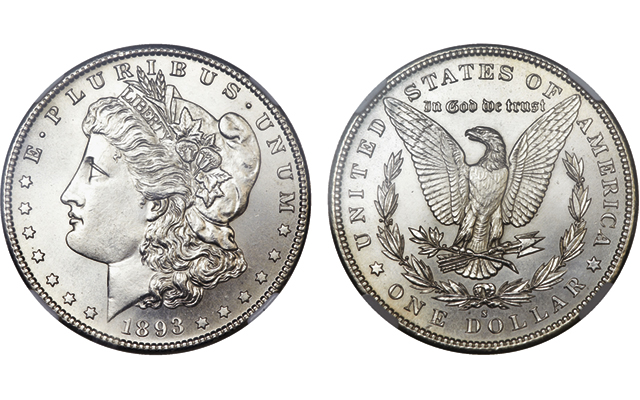 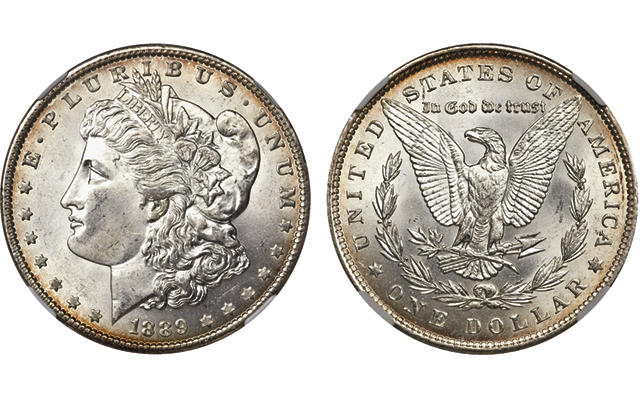 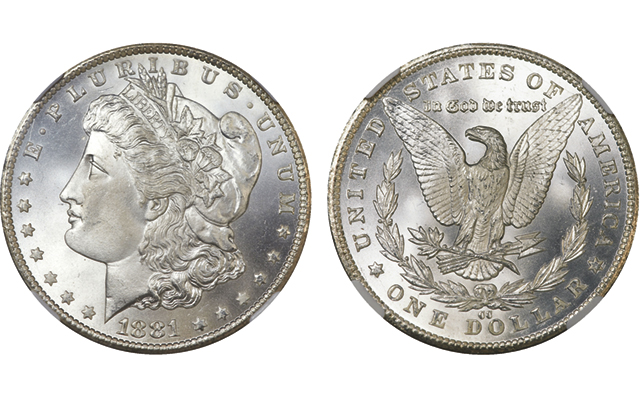 The 105 dollars in the collection included around a dozen pieces tied as the finest-graded by NGC. The catalog quotes the collector who described his attraction to the series, writing, “I always liked the weight and the size of the Morgan dollars.” He added, “I continually kept upgrading and upgrading as I went along, always trying to obtain the finest,” whether it was a $1,000 coin or a $250,000 coin.

The obvious star of the collection is the key-date 1893-S Morgan dollar graded Mint State 65.

In nearly every great collection that has an extensive scope — including the collection of Louis E. Eliasberg Sr., who owned several of the coins in the Moser Collection — there’s a reasonably priced coin to be found.

This 1881-CC Morgan dollar in MS-68 brought $28,200 and is an exceptional representative of an issue that generally “comes nice.”

A substantial percentage of the original low mintage of 296,000 pieces rested for decades in U.S. Treasury vaults where they remained in Mint State condition. As a result, one is more likely to find a Mint State example of this issue than a circulated one.

In MS-68 it is a rarity, with just eight coins certified in this grade by PCGS and NGC with none graded finer. It is described by Heritage as “essentially flawless” with “brilliant, frost-white surfaces” that “emit waves of silver luster.”