Looking for more than lint in your pocket or purse 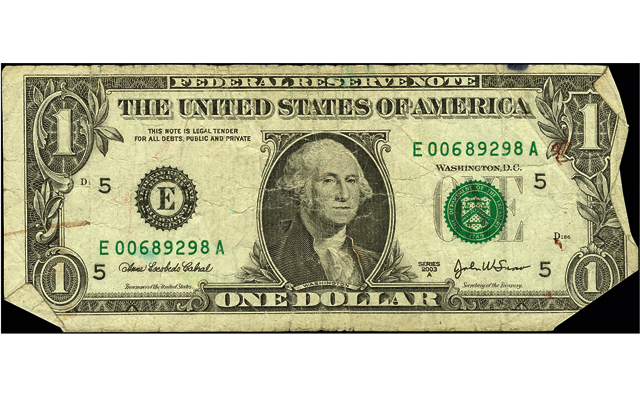 The oldest series year date out of a stack of $1 Federal Reserve notes the author set aside over a period of several weeks was this Series 2003A. The note was printed for the Richmond Federal Reserve Bank and has the signatures of United States Treasurer Anna Escobedo Cabral and U.S. Treasury Secretary John W. Snow. 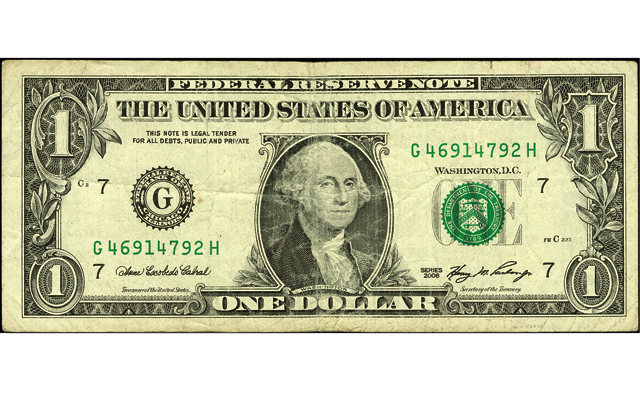 Here's an example of one of the Series 2006 $1 FRNs I found, and this one was printed at the BEP's Fort Worth, Texas, facility. Notice the FW facility mark just above the numeral 7 in the right corner that indicates where the note was printed. The signatures of U.S. Treasurer Anna Escobedo Cabral and Treasury Secretary Henry M. Paulson, Jr. are on this note. 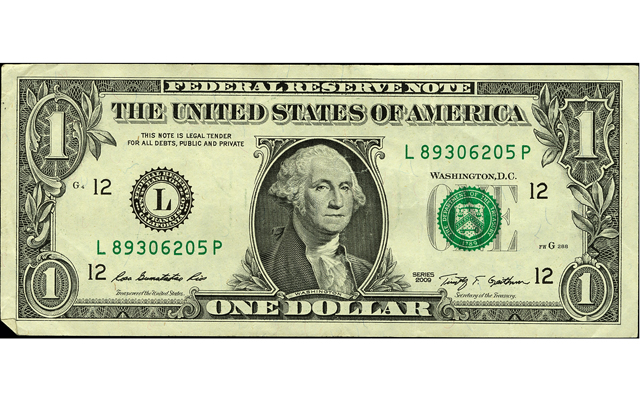 Of the 21 $1 FRNs that I set aside over several weeks, I found 15 Series 2009 notes like this one. No surprise, since it is the most recent series of $1 FRNs before the Series 2013 $1 FRNs began to enter the circulation stream. This note was printed in Texas for the San Francisco Federal Reserve Bank.

Pull out the paper cash in your pocket or wallet.

Nothing much to collect, right?

If you haven’t looked closely, you’ve missed some valuable details about those notes.

Let’s start by looking at the $1 Federal Reserve notes you’ve got.

Generally, the series date changes when a denomination has a major redesign or when a new U.S. Treasury secretary is confirmed. The addition of a letter to the series date generally happens when a new United States treasurer takes office. Though aspects of the process have changed through the years, this is enough information to get started.

The series year date is usually in the lower right of the face of the note. What’s the newest series you have, and what’s the oldest?

Federal Reserve notes continue to circulate based on their physical condition, not current series year date in production.

Next look in the lower right corner on the face of your note. If you see a small “FW” right next to the plate-letter-number combination you have a “Fort Worth note,” from the BEP’s Western Currency Facility in Fort Worth, Texas.

Searching for the $1 Federal Reserve note can be the easiest way to form an inexpensive collection with plenty of variations.

One of the easiest ways to collect is to assemble from circulation a collection of $1 FRNs from each of the Federal Reserve District Banks.

Twelve Federal Reserve Banks are located across the United States. Look at the Federal Reserve seal to the left of the portrait on the face side of each note $1. The name of the bank appears around a capital letter in the center of the black seal.

The capital letter corresponds to the letter of the alphabet assigned to each Federal Reserve district: A is for Boston, B for New York, C for Philadelphia, D for Cleveland, E for Richmond, F for Atlanta, G for Chicago, H for St. Louis, I for Minneapolis, J for Kansas City, K for Dallas and L for San Francisco.

As an additional challenge, you could look for $1 FRNs printed at both the Fort Worth and Washington, D.C., printing plants for each of the Federal Reserve districts.

For denominations higher than the $1 FRNs, collectors can determine what Federal Reserve district a note was printed for by looking at the double letters before the serial number. The first letter indicates the series year date and the second letter indicates the Federal Reserve Bank. Double-prefix letters in front of the serial number were introduced beginning in 1996 when the $100 FRN was first redesigned.