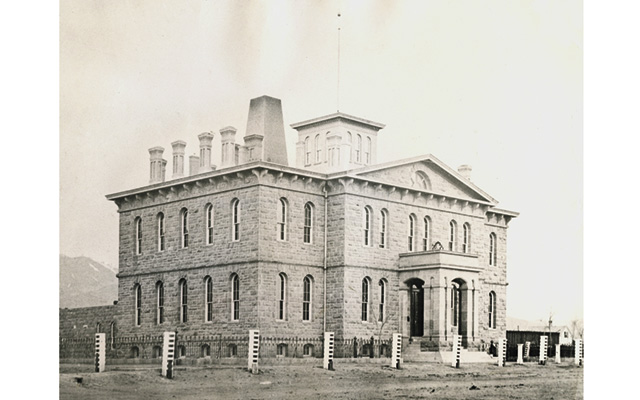 The Carson City Mint operated from 1870 to 1893. Today the building houses the Nevada State Museum.

Today, coins of the Carson City Mint are, as a class, more appreciated than are issues from any other of the Mints in operation in the past two centuries. There is even a club, Carson City Coin Collectors of America.

Politics became important in the operation of the Carson City Mint, and logic was often discarded.

What could have been a Mint to turn out huge quantities of silver and gold coins really produced relatively few in comparison to the Philadelphia and San Francisco Mints. As a result, most mintages across the denominations are low.

In normal situations, low mintage means a combination of rarity and high price on the numismatic market, with a third aspect, Mint State preservation, leading to extremely expensive coins. Examples of this are the Charlotte, Dahlonega, and New Orleans Mint coins made from 1838 until each of the facilities closed in 1861.

The marvelous exception to this rule was caused by the Bland-Allison Act of Feb. 28, 1878. At the time the Silver Question, as it was called, was the main and most controversial subject in American politics.

In brief, in the 1860s the owners of silver mines in the West prospered greatly. That changed in the 1870s when several European countries went off the silver standard while at the same time more discoveries were made and more mines opened in the United States. Two factions arose.

The Democratic Party wanted the free and unlimited coinage of silver, and the Republican Party wanted commerce to be based on gold coins. By 1878, a silver dollar of 412.5 grains had just 89 cents worth of metal, while a gold $20 double eagle was worth a full $20.

The Bland-Allison Act mandated that Uncle Sam buy from $2 million to $4 million worth of silver each month from Western mines. What to do with it? Coin it into silver dollars for easy storage and counting. Each Mint was sent large quantities of silver. The Carson City Mint struck millions of coins, including more than 1 million in each year from 1882 to 1884.

Most Carson City Mint coins were stored in vaults. In the 20th century most of them were rediscovered in Treasury vaults and came onto the numismatic market. When asked, “Can you recommend a coin to give as a gift to start someone collecting?” my reply is: “An inexpensive Mint State 1882-CC, 1883-CC, or 1884-CC dollar.”