Chemists isolate the aroma of money to help catch smugglers 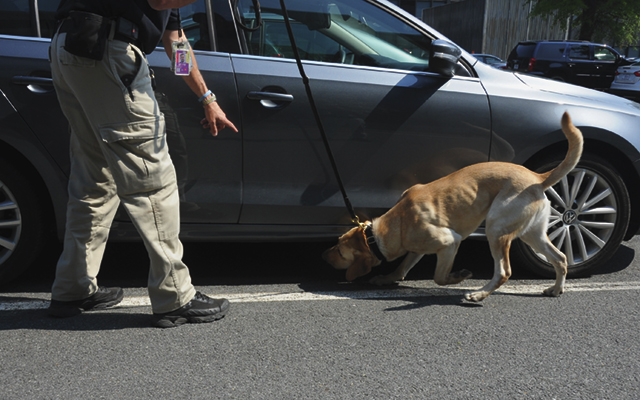 A K-9 dog works with a Transportation and Safety employee during a vehicle inspection. An instrument that will detect smuggled U.S. cash may someday replace dog "sniffers."

Chemists in California believe they have isolated the aroma molecules that give paper money its distinctive smell.

Chemists Joseph Stetter and Suiqiong Li presented their findings at the American Chemical Society’s Aug. 10 to 14 convention in San Francisco.

The two chemists work at KWJ Engineering in Newark, Calif., which specializes in chemical sensing techniques and devices.

Stetter said the idea came about after the U.S. Department of Homeland Security made a public challenge to scientists to develop a device to detect the $30 billion in U.S. currency smuggled into Mexico every year.

Though scientists are still working on a prototype of a hand-held “money sensor” device, they are expecting it can sniff out the cash and using special sensors can analyze samples in less than 60 seconds.

Specially trained dogs are currently used but the development of an instrument system that could work 24 hours a day, seven days a week and never get tired (or stop for bathroom breaks or to be fed) is the goal.