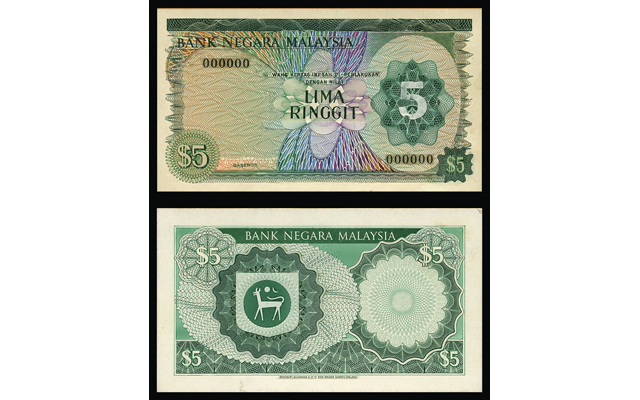 The circa 1966 pieces were printed for Bank Negara Malaysia and are mounted on board. The face side has all zeroes for the serial numbers and features multicolored geometric shapes. The back has ornate engraving and is printed in green ink.

“The Bank Negara first issued notes in 1967 and this essay can be attributed to July 1966,” according to the catalog.

All prices are subject to a 20 percent VAT on the hammer price and buyer’s fee.