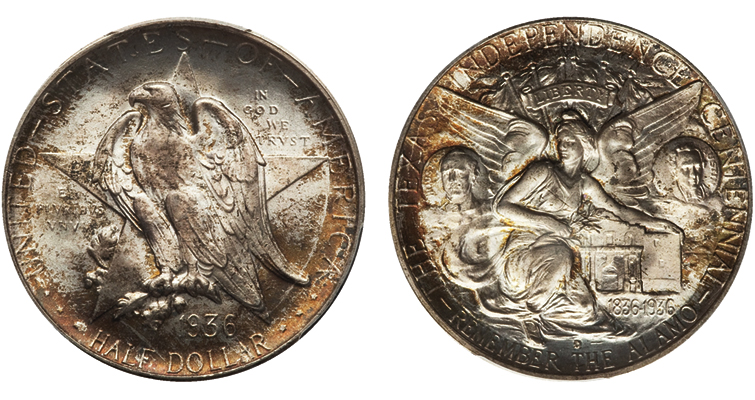 This 1936-D Texas Independence Centennial half dollar is one of the finest known and is graded Mint State 67+ by Professional Coin Grading Service. PCGS has graded only around a dozen finer, with just 15 submissions at the MS-67+ grade level.

This example is lustrous and attractive, with some toning at the edges consistent with examples stored for some time in their original cardboard holders. The $493.50 that it sold for at Heritage’s 2015 ANA auction is roughly half of what another comparably graded example sold for in a June auction, and much less than the $3,995 that a PCGS MS-68 realized at a Heritage auction this past April.