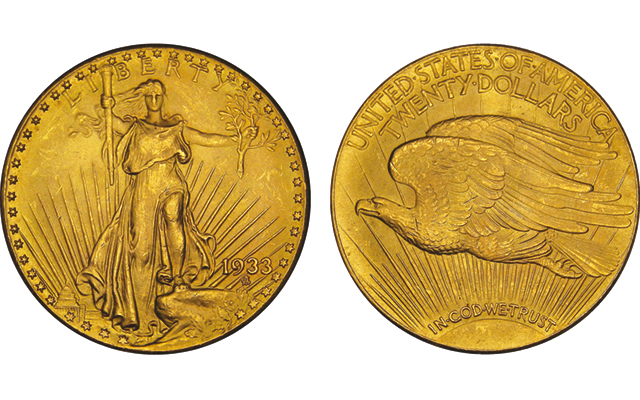 The Langbord family may have another chance to keep 10 1933 Saint-Gaudens double eagles that were discovered in a safe deposit box a decade ago.

On Sept. 15, the U.S. Court of Appeals for the Third Circuit in Philadelphia alerted attorneys involved in the case that it tentatively scheduled the case for review on Nov. 20, while noting that it may be necessary for the panel to move the case to another day within the week of Nov. 17.

The panel will determine whether there will be an oral argument and if so, the amount of time allocated for each side.

The government contends that a jury accurately returned a verdict in favor of the government on its forfeiture claim for the coins on July 20, 2011, basing that decision on admissible evidence and expert testimony. Further, the government maintains that the District Court acted properly when granting the government’s declaratory judgment claim on Aug. 29, 2012, which stated that the coins were not legally removed from the Mint and remain government property.

An 82-page filing to the Court of Appeals on Aug. 6, the government maintains that no 1933 double eagles were ever lawfully issued to the public. A footnote reminds the court that “The Mint refers to these 10 specimens as ‘gold pieces’ because they were never legally monetized and issued by the Mint.”

In its 36-page response brief filed Aug. 21, attorneys for Joan Langbord and her sons Roy and David contend that the declaratory action that identified the coins as government property should not have been allowed and that a jury, not a judge, should have made that determination.

Further, the family believes that the jury’s verdict on the forfeiture claim was tainted by the improper admission of evidence and testimony related to events that occurred at and around the Mint in the 1930s and 1940s. The family requests that the Court of Appeals vacate both the jury’s verdict and the District Court’s verdict and return the coins to the Langbord family, or, alternately, they request the Court of Appeals to remand back to the district court for a new forfeiture trial and if necessary, to submit the declaratory judgment claim to the jury.

In 2004 the Langbord family, though attorney Barry Berke, informed the U.S. Mint that 10 1933 double eagles had been discovered and submitted the coins to the Mint for authentication. The Mint claimed the coins as government property and a legal battle between the family and the government began.