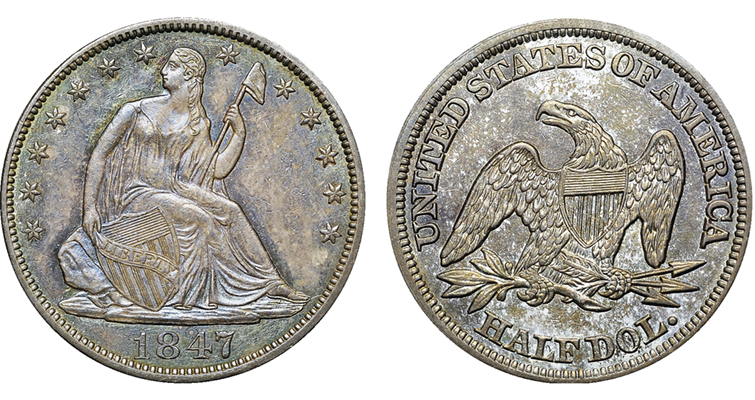 Here’s a coin that has had three wildly different transactions recently. Back in the mid-20th century, Newman purchased this coin as part of the Green estate for $7.50. When offered at Newman II in 2013, it was graded Mint State 63 by NGC with a green CAC sticker and it sold for a strong $3,290. It appeared at a Feb. 27, 2015, Heritage auction where it sold for a weak $1,410. Taking advantage of the low price, a buyer used Heritage’s “Make Offer to Owner” function and the buyer of the coin at the Feb. 27 sale accepted an offer of $2,100 on March 5.

Several other Seated Liberty half dollars from Newman’s collection have also seen some ups and downs (and then ups again) as they enter the secondary market. This one was typical of many of Newman’s Seated Liberty coins of the era, with cobalt-blue and gray color on semi-reflective fields.

More from CoinWorld.com:
Federal government to return millions of dollars in Liberty Dollars seized by authorities in 2007