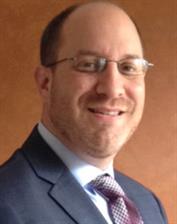 Kevin D. Goldberg began collecting European coins as a Middle School student in suburban Philadelphia. Three decades later, he still collects European coins, but now in suburban Atlanta, where he teaches in the Department of History & Philosophy at Kennesaw State University. He earned his Ph.D. in European History from the University of California, Los Angeles, and was a postdoctoral fellow in the International Humanities at Brown University, 2011-2013. Kevin has been planning on expanding his collection beyond Europe for the past decade, but is only now getting around to it.